A Twyman-Green interferometer is a modified Michelson interferometer. Here the beam splitter is separated from the reference surface. The advantage of this configuration is greater flexibility, because both interferometer arms can be modified independently of each other. So the intensity of the reference and test arm can be easily adapted to each other depending on different sample reflectivities in order to get maximum fringe contrast. This increases the range of applications enormously. Only a maximum fringe contrast enables a maximum resolution in depth. The reference surface can be a surface that is inexpensive and accurately producible regardless of the sample size. The adaption to the sample size is done by conventional beam shaping optics introduced to the test arm. Contrary to the beam shaping optics for Fizeau interferometers these optics do not require an expensive Fizeau surface as a final surface.

As a consequence of this flexibility, the interference patterns are not caused by the sample errors only but also by the aberrations of the additional optics in the individual interferometer arms. However, nowadays samples are no longer evaluated by visual inspection of the fringe pattern but by computer controlled analysis of the phase map causing the fringe pattern. During this analysis the aberrations of the additional optics can easily be taken into account. Finally, the software provides an objective digital measurement result. 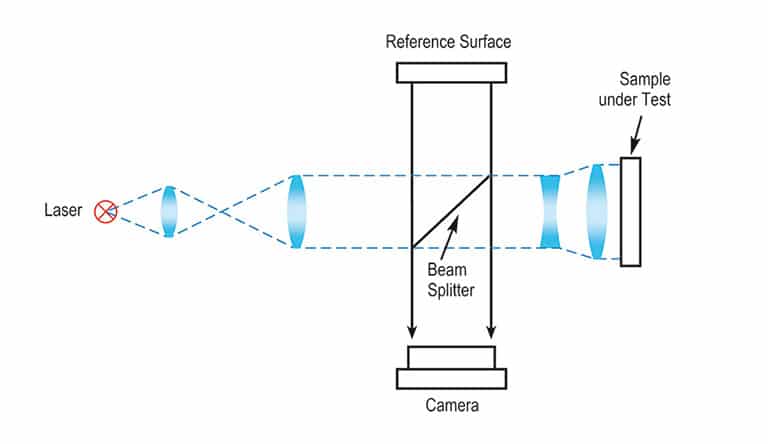